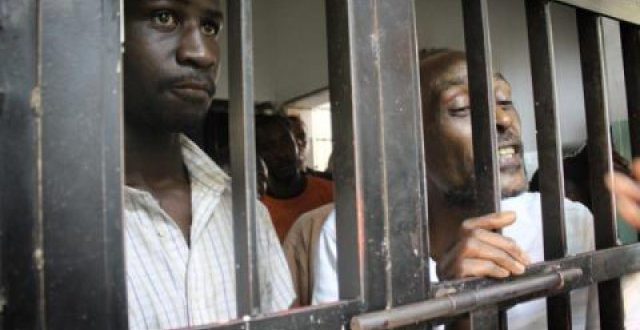 On December 19, 2021, Adom News reported that the anti-robbery police unit from the National Headquarters shot dead five persons who were suspected to be on a mission to assassinate the chief of Gomoa Fetteh, Nana Abor Attah.

The suspects opened fire on the police officers who were already on a lookout, following a tip-off.

During the gun battle, two other suspects managed to escape but were later arrested by the police.

On Tuesday, the two traditional leaders were also nabbed for their suspected involvement in the assassination plot and were arraigned before the court on Wednesday.

Presenting the facts before the court, police prosecutor, Chief Inspector Peter Amponsah, said facts gathered by the police indicates that the two traditional leaders had contracted the assailants and made a payment of GHC 40,000 to them through one Philip Finney who also fell in the gun battle.

The prosecution also averred that two suspects who managed to flee were later arrested by the police at Awoshie in Accra and upon interrogation mentioned the two traditional leaders as their hirers.

Even though lead counsel for the suspects, Lawyer Ismael Kofi Turkson argued that, the prosecution lacked solid grounds for the suspects to be remanded and that they are responsible leaders with known addresses and won’t in any way impede police investigations, the judge, His Lordship Eric Oheneba Antwi Boasiako remanded the suspects into police custody.

He however denied the application of prosecution to remand the other two suspects in absentia over claims of illness.

Prosecutor mentioned that the other two suspects while on their way to the court fell ill and were rushed to the hospital but promised to make them available on Thursday.