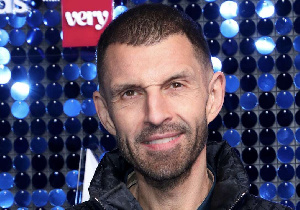 The Drill genre just like the Trap music is identically a Hip-Hop subgenre tune popularized in places like Chicago, London, New York among others. However, the Ghanaian version of the drill music was initially championed by the youngsters from ‘Kumerica’ and has begun to dominate Ghana’s music industry in the last couple of years, making waves on the international scene.

In an exclusive interview with Kojo Manuel on Y107.9 FM’s “Drye of Your Lyfe” radio show, the celebrated DJ noted that the “Year of Return” for the diaspora also contributed to the massive rise of the new sound.

“The powerful moment for the drill music was when Stomzywas featured on Yaw Tog song. The powerful moment was when they came home during the homecoming in Ghana for Christmas. I think that’s when it had its biggest moments. They brought those massive records back to the UK. You know now everything is on Snapchat, TikTok, and stuff like that, so everyone is really paying attention to what’s happening to the people here in Ghana and how they are living the experience.”

Tim Westwood touched down in Ghana on Tuesday, 12 April for a buzzing club party in both Emperor Night Club in Kumasi and Kruna Club in Osu on Thursday and Friday.