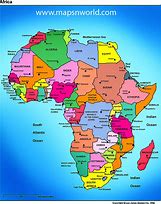 The UN Human Rights Council has voted to launch an international investigation into abuses in Ethiopia, despite protests from Addis Ababa, amid warnings of looming generalized violence.

The 47-member council voted with 21 in favor, 15 opposed, and 11 abstentions on Friday to order the establishment of “an international commission of human rights experts on Ethiopia” to probe a wide range of alleged violations and abuses by all sides.

Al-Nashif warned that the risk in Ethiopia “of increasing hatred, violence and discrimination is very high”, which could lead to “generalized violence, [with] major implications, not only for millions of people in Ethiopia but also across the region.”

Earlier, Ethiopia’s government had slammed the decision to hold the special session and has urged countries to vote against the draft text.

“We call on all council members to … stand against short-sighted interests and refuse the politicization of human rights by rejecting this resolution,” said Ambassador Zembe Kebede, accusing the Geneva-based body of having been “hijacked” and used as an “instrument of political pressure.

“My government will not cooperate with any mechanisms that may be imposed on it because this is … a deliberate destabilization effort.”

Nearly 10 million people in northern Ethiopia face acute food insecurity, and at least two million have been forced to flee their homes.

Ethiopia’s government has sought to restrict reporting on the war and arrested some journalists.

Between 5,000 and 7,000 people swept up under Ethiopia’s new state of emergency remain imprisoned, most of them Tigrayans, al-Nashif said.

“Many are detained incommunicado or in unknown locations. This is tantamount to enforced disappearance, and a matter of very grave alarm.”

The Ethiopian ambassador said Ethiopia’s government had set up an “inter-ministerial task force” in response to the human rights report issued last month, and it has begun work.

A joint investigation by the UN rights office and Ethiopia’s human rights commission warned last month that possible war crimes and crimes against humanity had been committed by all sides during the Tigray conflict.

The government-created Ethiopian Human Rights Commission acknowledged in a statement this week that there was “value-added” in encouraging the joint investigation to continue, but said the creation of a new body “is repetitive, counterproductive to ongoing implementation processes, and further delays redress for victims and survivors”.