Home / ENTERTAINMENT / VIDEO: Have Zionfelix and Mina split up? 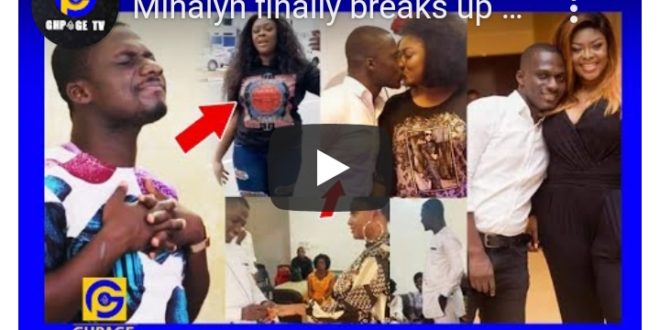 VIDEO: Have Zionfelix and Mina split up?

It appears that popular Ghanaian blogger, Zionfelix and his fiancée, Mina Lawani’s relationship has hit the rocks, with reports indicating that the two have gone their separate ways.

Zion and Mina’s relationship has been on a rollercoaster ride lately after it was plagued with hurdles ever since the former impregnated another woman while they were still together.

One can recall that the other woman, Erica, welcomed a baby boy around the same time Zionfelix’s well-known girlfriend, Minalyn, also birthed a baby girl.

Following the events which earlier unfolded on social media, scores of individuals have condemned the blogger for impregnating two women out of wedlock and subjecting them to public mockery.

Mina maintained a calm composure throughout the period and there were even reports that the two ‘rivals’ had eventually come to an understanding on being on good terms, as they have been spotted commenting on each other’s posts on social media.

Although he was caught between two women, Zion had always maintained his stance to settle down with Mina, who, according to him, contributed immensely to his success.

On her part, Mina was also willing to marry Zion despite all that had happened.

But in a new twist of events, it appears there is a ‘storm over paradise’ as the two have allegedly parted ways.

In recent times, Mina has been captured on several occasions throwing shades at a certain boyfriend on social media.

In one of the videos, Mina was captured saying that she cannot be in a relationship with someone and be a side chick at the same time.

That’s not all. It has also been alleged that Zionfelix’s parents have vehemently stood against his union with Mina due to her ethnic background (an Ewe).

Per the reports, they have also claimed that their son cannot settle down with a woman who is older than him.

There have also been claims that Zionfelix’s father called to issue threats to Mina to an extent that she has been compelled to throw in the towel.

However, the two parties are yet to directly speak to the issue which has been making rounds on social media.

Tags AND HAVE Mina split UP ZIONFELIX