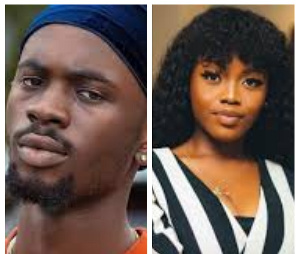 VIDEO: Gyakie and Black Sherif have been buried – Blakk Rasta

Popular Radio presenter and Reggae musician Blakk Rasta has stated that Ghanaian singers Gyakie and Black Sherif have been buried because their names are out of the scene.

He also stated that in the case of Black Sherif, the “Buga” song by Nigeria’s Kizz Daniel and Tekno has overshadowed his “Kwaku the traveller”.

Speaking in an interview with Blogger Attractive Mustapha, the “Barack Obama” hitmaker said the attitude of Ghanaians whereby “fruits are forced to ripe” is a problem, to which talents are not nurtured efficiently for the industry.

“Where is Gyakie right now, are you still hearing about Gyakie, you are an entertainment writer look at the hype they gave to Gyakie and now she is nowhere to be found,” Blakk Rasta stated.

When the Blogger retorted that no artiste will remain at the top forever, Blakk Rasta said that adage does not apply to fresh artists who come into the scene, and in a year or two they die off.

On the part of Black Sherif, Black Rasta said it was a mistake for industry players to compare the “Kwaku Frimpong” star who is not yet mature in the entertainment game to experienced and matured musicians.

He reiterated that the Nigerian song Buga has buried Black Sherif’s “Kwaku the traveller” and now people have forgotten about him and dancing to Buga everywhere.

“Ghanaians have dumped ‘Kwaku the traveller’ for the Buga song,” he said.

Tags AND BEEN BLACK BLAKK BURIED GYAKIE HAVE RASTA Sherif