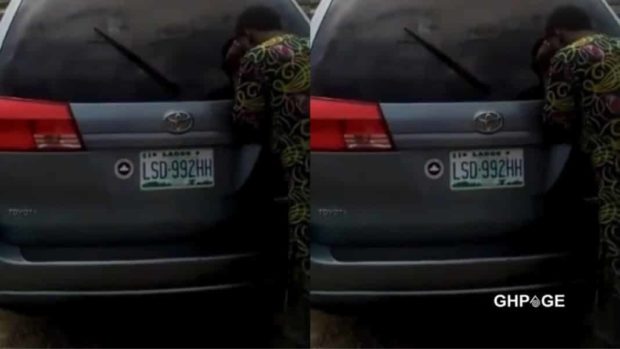 VIDEO: Husband & his wife reportedly die in their car during sexual intercourse

A Nigerian couple have reportedly died in their car during sexual intercourse along the Lagos-Ibadan expressway.

At the moment, we can’t tell what actually killed them but reports have it that they have been dead for the past two days now.

Social media users who have come across this video have opined that they might have been killed by assailants and dumped there.

And didn’t die from rough sex as wildly asserted by the people who were present at scene.

We are yet to know what actually killed them and that can only be known after an autopsy report.

Previous What power do you have to remove Adwoa Safo from Parliament? – Speaker questions NPP
Next Five Nigerian players who pose big threat to Black Stars