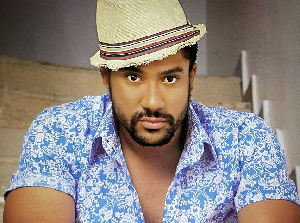 It can be recalled that Majid Michel in an interview with Asaase radio called on government to legalize weed and also established that he sees nothing wrong with it.

He also boldly recounted instances where he did drugs.

“I’ve never heard of anybody who has overdosed on weed … I’ve done things out of weed. I’ve done cocaine. LSD (lysergic acid diethylamide) …I’ve done other drugs that if I told you right now, you’ll not be able to pronounce. These were years back … and I didn’t struggle to overcome it. Maybe because of the smoke…maybe that’s why health-wise to smoke it’s not the best but to brew it, to drink it; I don’t see anything wrong with it. You drink teas, don’t you?”

“I am for it completely but then again before anything is legalized, the government must make sure that they are ready to take responsibility and must exhaust the consequences that come with the legalization of ‘weed’ before a decision is made. Before the government decides to pass a law for the legalization of weed then they must make sure that they have exhausted all possible avenues … by learning from countries who have done it. if the government is not ready to take responsibility for the consequences [for legalizing ‘weed’] then it shouldn’t take that decision,” he earlier asserted.

But touching on the implications of his earlier utterances, Majid, in an interview with Abeiku Santana said exactly a day after the interview he was arrested and his house was thoroughly searched.

“On Monday 8am, the Narcotics commission picked me up from my house. And they are the only authority that has the sole mandate of picking you up and searching you without a warrant or a writ from court. They picked me up to interrogate me, searched my house and all. The thing is they thought I was hiding some drugs there. According to them, if they had spotted one roll of weed in my house, the whole house would have been confiscated. Even the cars on the compound would’ve been confiscated because it is said that it serves as a source of transportation for drugs.”

Asked whether he regrets making such statements, the popular actor said;

“I don’t regret making such statements. Not at all. I was picked up because my statements were taken out of contest. It’s because of how I was interviewed.”

The actor said in the latter part of his interrogation, he prayed the Narcotics Commission to also hold journalists accountable for their line of questioning.

“I told the commission that they need to hold some of the presenters accountable too. They picked me up based on caption and headlines.”