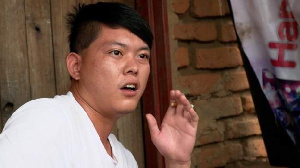 Lu Ke, a Chinese national behind racist videos involving Malawian children has been charged with five counts of child trafficking by a court in the country.

He was extradited over the weekend to Malawi from neighbouring Zambia after he fled in the wake of a BBC documentary that exposed his racist trade.

Lu Ke was a Malawi resident when he was exposed by BBC Africa Eye, which reported he had used local children to film personalised greetings videos, some of which included racist content, the BBC Africa LIVE page reported.

The videos could be bought for up to $70 (£55) on Chinese social media and internet platforms. Mr Ke has denied making derogatory videos, the report added.

The Chinese man has since been denied bail by a judge citing safety concerns and fear that he was a flight risk.