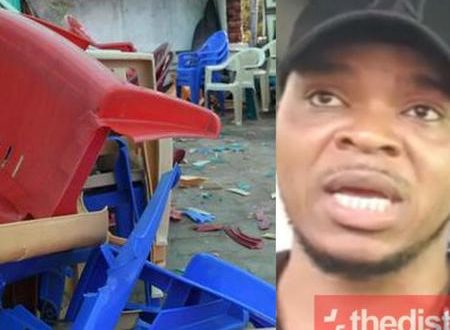 A report convened from the media is that, a heavy tunder has raided one of the branches of the general overseer of the International Gospel Way Churches.

This is not the first time this incident has happened around that area as many locals there explained the whole issue to the media.

The residents speaking to the media explained how it all occurred, stating that the rain fell very heavily causing a lot of thunder to rumble accompanied by strong winds.

They added that, the chairs that got broken as a result of the strong winds. Canopies were not also left out.

Report says less damages were caused as the event took place. Some people have reacted and are hoping that nothing bad escalates.

Well, in attempt by our portal to reach the headquarters to confirm this report proven futile….Watch out this space for more update…