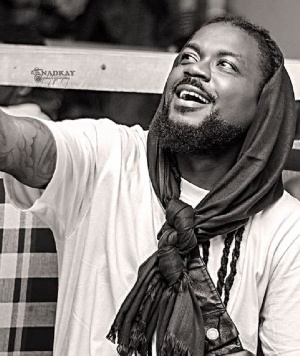 Celebrated dancehall musician, Samini, passed through Daybreak Hitz on Hitz FM on Monday to throw more light on his upcoming Samini Xperience Concert slated for December 24 at The Grand Arena.

During the interview, the Obaa hitmaker disclosed that anytime he records a good song that has the tendency to blow, he gets a strange hunch before the song gets released.

According to him, he starts to get sweaty, adding that, his palms also begin to sweat coupled with the fact that he becomes very uneasy.

From experience, there is a certain spark you get during playback. Sometimes too the ideal thing for me is that my palm starts to sweat… I start to get very uneasy until I am able to get a sketch of it and it’s always a hit song.

It doesn’t always happen so when it happens, I get to know. When it’s not mine and it’s someone else’s there is also a similar feeling that I get. Especially the song, the vibe, and the delivery, he said.

‘If you have big nyash, you will never go hungry’ – Hajia Bintu dances