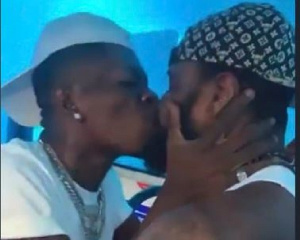 VIDEO: Shatta Wale called out for kissing a man

Shatta Wale’s decision to kiss one of his old friends, Shatta Kumoji who doubles as his bodyguard has raised eyebrows with many questioning his sexuality.

Although Shatta has not come out as gay, social media users on Thursday claimed that the unusual kiss gave him away.

A Twitter hander @Slim233_ has condemned the singer’s actions which he believes is just one of his moves to trend for the wrong reason.

“Shatta Wale‘s agendas don’t move me anymore. Man deliberately do things for people to talk so he can be relevant. A finished self acclaimed dance hall king,” he tweeted.

Another handler @Korsogyimi had this to say: “Shatta wale take the mouth he take kiss Elfreda san nso kiss a guy. He be Bi sexual.”

Member of Parliament for Ningo Prampram, Sam Nartey George, is among the many who have reacted to the popular singer’s ‘holy kiss’.

But according to members of the Shatta Movement (SM), their superstar was just showing love to his old friend after gifting him one of his expensive diamond necklaces.

Defending the singer, a Twitter handler, @unrulyking00 wrote: “If you know about LOYALTY, you wouldn’t be there calling SHATTA WALE gay.”

Another fan @yawdevil_ wrote: “Judas Kissed Jesus and Sell him out, Shatta Wale kissed shatta Kumoji and gave him a Lion diamond chain then told him I LOVE YOU BLODD. Shatta Wale is clear.”

Meanwhile, Shatta Wale on Wednesday, February 16, celebrated the birthday of his new girlfriend, Elfreda with a video that captured them sharing a passionate kiss. 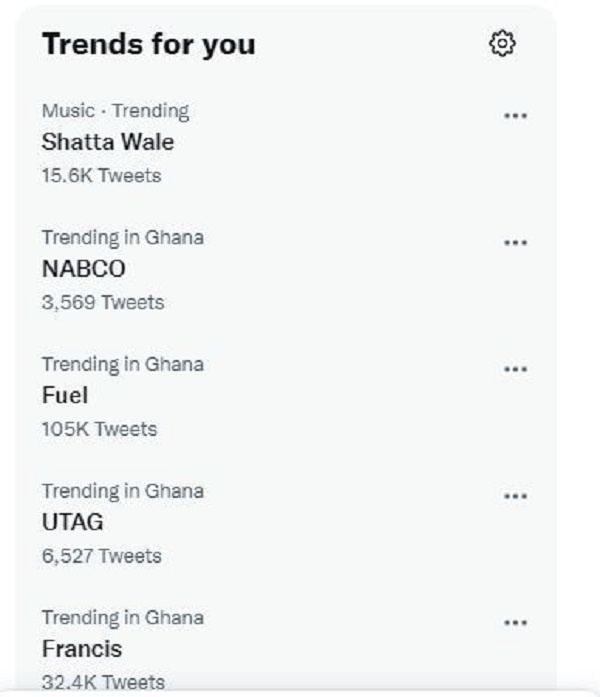 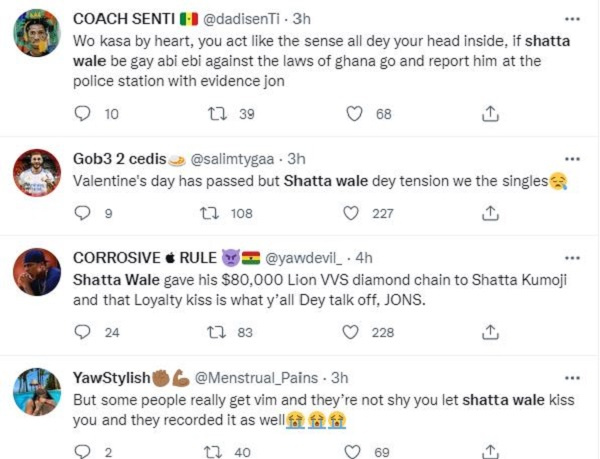 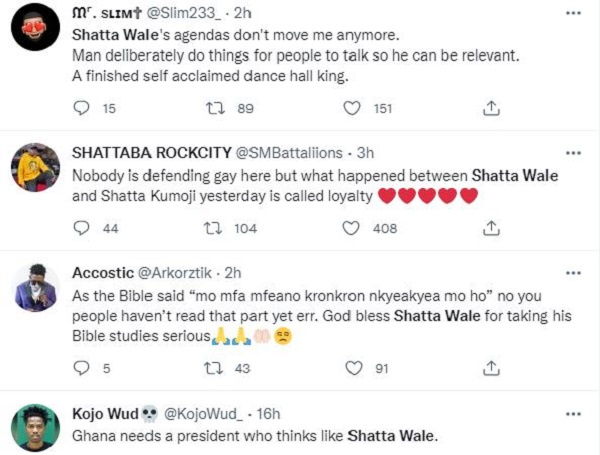 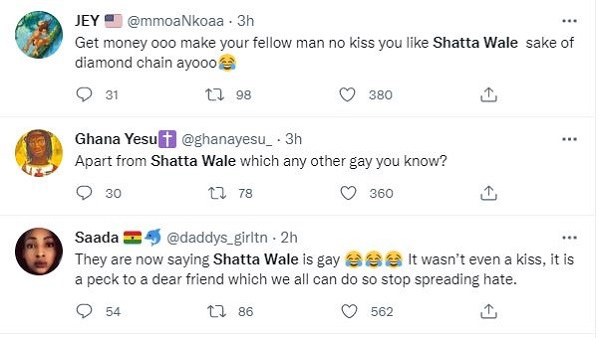 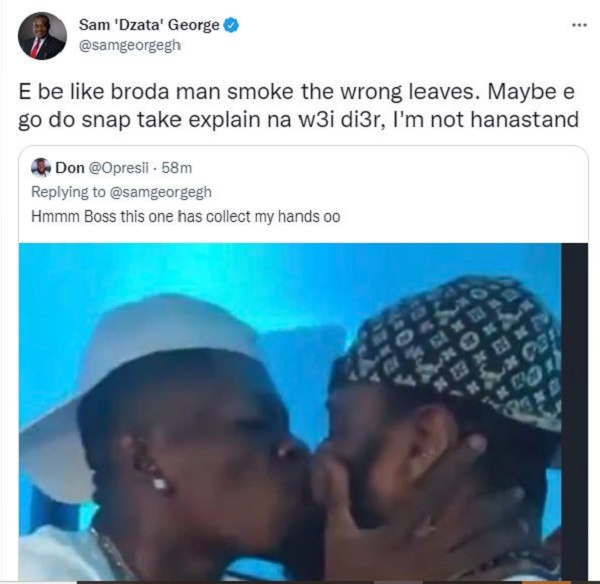 Tags A called FOR KISSING man OUT Shatta WALE