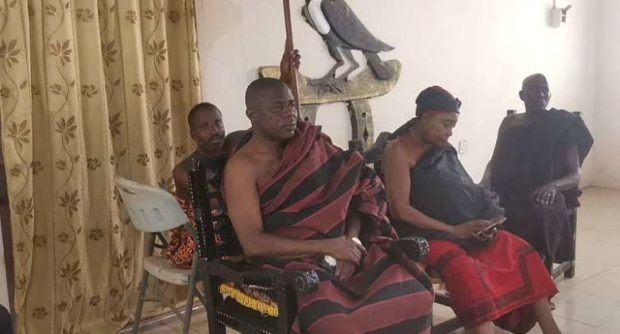 The Ashaiman Circuit Court has sentenced Emmanuel Arthur, a 19-year-old, unemployed to three years imprisonment in hard labour for dishonestly appropriating six pieces of streetlight bulbs and other electrical accessories valued at GH₵79, 021.00.

The Court presided over by Mr Richard Delali sentenced the accused after he pleaded guilty to the charges of stealing and causing damage to metal electric poles property of Electricity Company of Ghana (ECG).

The prosecution said the team reported that at about 0530 hours on the day in question the team had a report that someone was on the Accra-Tema Motorway close to the Adjei Kojo under bridge cutting off some electricity cables on the poles along the motorway.

The prosecution said the team proceeded immediately to the scene and saw the accused in the act. He was immediately arrested with three of the metal electric poles, a big spanner, and six bolts and nuts in his possession and brought to the Ashaiman Police station for investigations.

Chief Inspector Apreweh said it was discovered during investigations that the accused had been removing electric metal poles along the motorway and selling them as scraps to dealers at Ashaiman Fiter- line.

The prosecution said the police has begun an operation to effect the arrest of the accomplices of the accused.

Previous VIDEO: Shatta Wale called out for kissing a man
Next ‘Incompetent’ Dampare hates me because I didn’t support his campaign to become IGP – Abronye claims