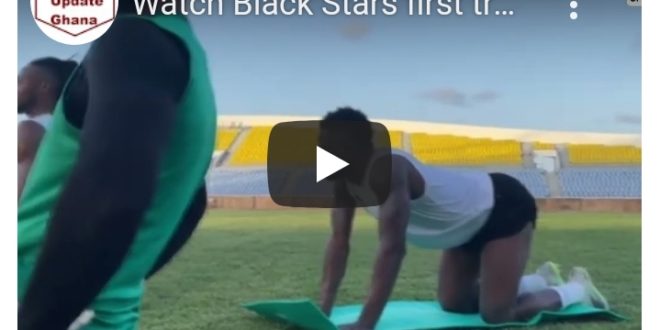 The Black Stars held their first training session at the Cape Coast Stadium on Saturday, May 28, 2022.

Coach Otto Addo had almost a full house without the exception of a few players who were yet to arrive in camp.

Present at the training were English based players Jojo Wollacott and Antoine Semenyo who are making their debut call up for Ghana.

Kamaldeen Sulemana, Fatawu Issahaku and Mohammed Kudus also took part in the training session which was held behind closed doors.

Previous VIDEO: Meet the 23-year-old student who farms to pay his university fees
Next Full results: How NPP delegates voted in the regions