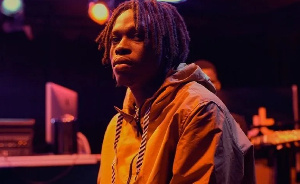 Music streaming giant, Spotify says Fireboy’s Peru is the most streamed Nigerian song in 2021 followed closely by Monalisa by Lojay and Sarz, then Feeling by Buju and Ladipoe in third.

This update comes as the Swedish audio company commemorates its first anniversary in Nigeria and its launch into 40 markets across the continent. Since it was launched, Spotify said the average number of artists streamed per user has grown by 60 percent, while Nigerian music fans have created 1.3 million user-generated playlists.

The top exported local artists are Ckay, followed by WizKid, then Burna Boy while Tems and Mr Eazi complete the list.

Of the 10 exported songs, nine are collaborations with local and international hitmakers – proof that Nigerian music is attracting worldwide popularity. Love Nwantiti by CKay is the top exported song, followed by Essence, a collaboration between WizKid and Tems, Premium Times said.

The remix of Love Nwantiti and Essence by CKay and WizKid with international artists like Justin Bieber, DJ Yo, and Axel conclude the list of most exported songs.

The report states that plays of the exported songs have come from countries such as the Czech Republic, India, Canada, Ghana, Morocco, Tanzania, and the U.K.

Lagos maintains the title as the top city where Nigerians stream from. The others are Kano, FCT, Niger, and Rivers.

Goya Menor claimed the top spot on the list of emerging artists, while the most popular local genre is Afropop from Nigeria.

Tags DML’s Fireboy IN IS most NIGERIA peru SONG streamed