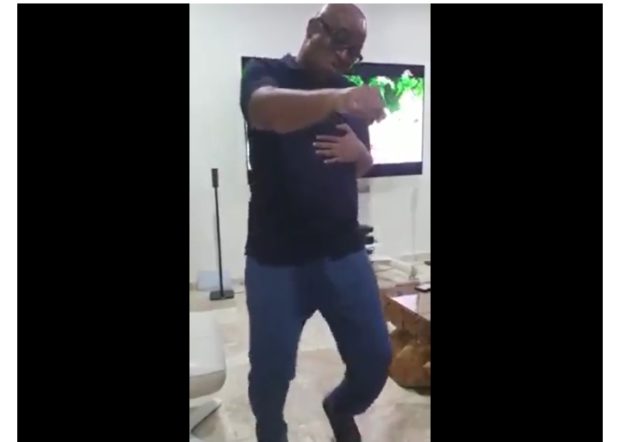 Majority stages walkout prior to voting on budget approval

A video has emerged showing the reaction of former Chief Executive Officer of the Ghana Free Zones Board to news of the rejection of the 2022 budget by Parliament.

Mr Kojo Twum Boafo who is a member of the opposition National Democratic Congress obviously could not hide his joy after hearing the news.

In the video sighted by GhanaWeb, the former Free Zones CEO is seen happily dancing to Tekno’s ‘Skeletun’ and was doing good at it with some wild moves.

For the opposition National Democratic Congress, the rejection of the 2022 budget is a great victory handed by their members of parliament in the minority side of the house.

The Minority on Friday, November 26, 2021, voted to reject the approval of the 2022 budget after the majority side had earlier staged a walk out.

According to the minority, the budget presented to parliament by the finance minister on September 17, 2021, had in it components such as tax policies that are insensitive to the economic conditions of Ghanaians.