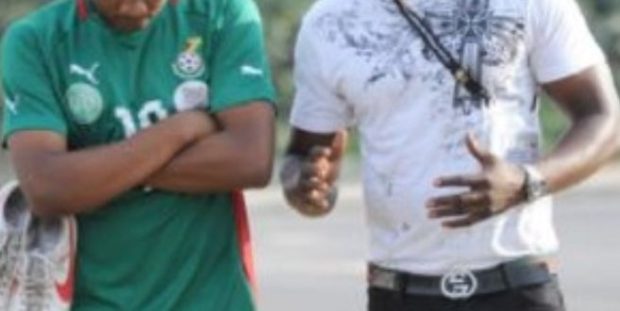 Spokesperson for the Ayew family, Fiifi Tackie, has said that Parliament’s invitation letter to Black Stars captain, Andre Ayew to appear before an investigative committee is wrongly addressed.

Tackie confirmed to GhanaWeb that the neither the player nor the family has received any letter from Parliament requesting the Black Stars captain to answer to questions regarding Ghana’s performance at the 2021 African Cup of Nations.

He added that he has sighted the letter in the media which has the with the name ‘Andrew Abedi Ayew’.

Meanwhile, Chairman of Parliamentary on Youth Sports and Culture, Johnson Kwaku Ad, has told Angel FM that Andre Ayew will appear before the committee in the coming days.

Kwaku Adu in the interview revealed that the committee will also sort the view of former Black Stars captain, Stephen Appiah regarding solutions to the team’s problems.

“It’s not only Andre Ayew who will appear before the parliament. There are former players like Stephen Appiah, I mean technical persons we feel will help to find the problems so that we can resolve the issues,” the Member of Parliament stated. Because if we want to able to qualify to the World Cup by beating Nigeria, we have to talk about all these issues, the coach system and all.”

On January 28, 2022, Speaker of Parliament, Alban Sumana Bagbin ordered the Committee on Youth and Sports of Parliament to investigate and submit a report on the poor performance of the Black Stars at AFCON to the House by the end of February 2022.

In that regard, the committee has lined up meetings with some stakeholders including the Sports Ministry and the Ghana Football Association.

Previous PHOTOS: Obour delivers fresh flowers to First Lady on a bike
Next Nigeria’s ‘Super Cop’ arrested over role as a drug kingpin