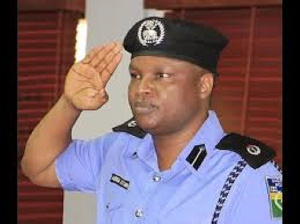 Nigeria’s ‘Super Cop’ arrested over role as a drug kingpin

The Nigeria Police Force on February 14, 2022 effected the arrest of former head of the Inspector-General of Police’s Intelligence Response Team, DCP Abba Kyari.

Kyari was arrested, along with four others, a few hours after the National Drug Law Enforcement Agency (NDLEA) declared him wanted over alleged drug links.

He is currently the subject of criminal summons at home and in the United States after federal authorities asked for his possible extradition to face charges.

The case in the United States is related to Kyari’s links with a famed fraudster, Ramon Abbas popularly known as Hushpuppi.

The convicted fraudster admitted to American investigators that he had ‘contracted’ the embattled police chief to help his arrest a fellow fraudster at a point. Kyari has flatly denied the allegation.

Kyari had become the face to Nigeria’s fight against kidnapping across the country and was celebrated as a ‘Super Cop,’ who was on his way to becoming the Police chief.

Previous We don’t know any ‘Andrew Abedi Ayew’ – Ayew family
Next VIDEO: What Abronye said about John Mahama that caused his police invitation