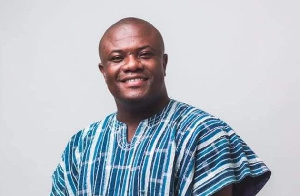 We lost $1billion because of you – NPP MP blasts Adwoa Safo

Collins Adomako-Mensah, the Member of Parliament for Afigya Kwabre North has scolded Dome-Kwabenya MP, Sarah Adwoa Safo, accusing her of holding the government to ransom.

In a panel discussion on Peace FM’s Kokrokoo program, Adomako-Mensah fumed that the decision by Adwoa Safo not to make an appearance in Parliament has affected the government’s financial projection.

He blamed the Dome-Kwabenya MP for the delay in the passage of the controversial Electronic Transaction Levy.

He surmised that owing to Adwoa Safo’s decision not to honor her Parliamentary duties, the government’s financial projection has suffered a $1billion reduction.

“Everyone knows Kennedy Agyapong is sick. It’s public knowledge that he has gone for surgery. Henry has also not been well. Everyone knows. You can’t hold a government to ransom. I’m talking about Adwoa Safo. On days that we have to make very critical decisions, I see Henry and Kennedy Agyapong on the floor,” he said on April 7, 2022.

Adwoa Safo and two other MP on the majority side have been referred to the Privileges Committee for not missing fifteen sitting days of Parliament.

On April 5, 2022, Alban Bagbin, the Speaker of Parliament, ordered the aforementioned committee to probe the alleged absenteeism of Adwoa Safo, Kennedy Agyapong of Assin Central, and Henry Quartey of Ayawaso Central.

The Speaker’s direction has, however, been challenged by the Muntaka Mubarak who is the Chief Whip of the Minority caucus.

Tags $1billion because LOST OF WE you