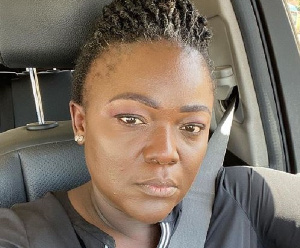 The death of Nigerian Gospel Musician, Osinachi Nwachukwu has reignited discussions on abuse be it domestic, emotional, verbal, mental, or financial, especially on women.

Even though unconfirmed reports surrounding the death of Osinachi indicate that she was brutalized by her husband who is currently in the grips of the police.

Reports indicate that most women are not able to leave abusive marriages for fear of stigmatization, financial insecurity, and so on. The best solution is to leave such relationships and seek help.

Speaking to this in an interview on Neat FM’s ‘Me Man Nti’ programme, media personality, Nana Yaa Brefo indicated that she had once “suffered emotional abuse”.

“I suffered emotional abuse but no one has assaulted me nor have I assaulted any man . . . if any man is abusing you leave; it’s better than dropping dead,” she said.

Listen to her in the video below:

Tags ABUSE EMOTIONAL I once suffered

Previous VIDEO: Meet Menaye Donkor, the stunning wife of Sulley Muntari
Next We lost $1billion because of you – NPP MP blasts Adwoa Safo