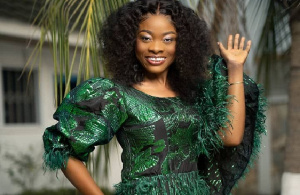 According to her serving God doesn’t mean a religious person should be ‘dirty’.

She made this revelation in one of her videos where she explained that, “tiring a head gear doesn’t mean one is spiritual neither does wearing long dresses prove such”.

She agreed that a woman must dress well and look good.

Speaking more on women and appearance she said, if a woman does not cultivate the habit of grooming herself, “someone may snatch her husband away from her in spite of her spirituality.”

She indicated that most people presume she is backslider because she ‘looks good’ these days but she only calls
on God to show mercy to her accusers.

Evangelist Diana Asamoah’s was once a preacher against the wearing of make ups, revealing dresses and also criticized women who looked ‘polished’.

However, the evangelist is seen in pictures and videos dressing and looking in the very way she preached against.

She later defended herself saying, “I didn’t understand Christianity well by then, but now I am enlightened.”

The sudden sharp and beautiful look of the evangelist has got many questioining her faith.