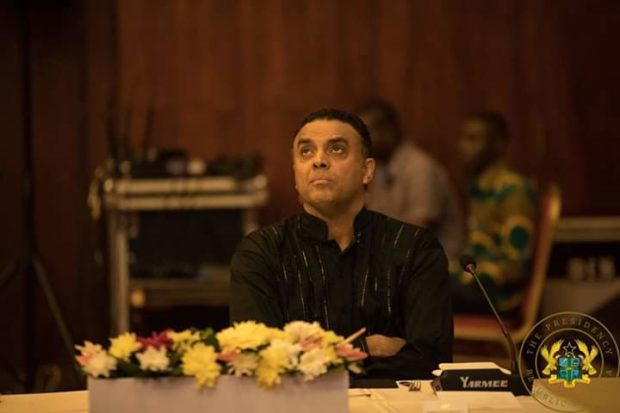 LThe Lighthouse Chapel International (LCI) says it is counting its losses after The Fourth Estate’s publications on six of its former pastors who resigned and have sued the church.
Read More here: 44 villages in Drobo State support the Anti-LGBTQI+ Bill, warns MP not to vote against it

The six said repeated exploitation and emotional abuse forced them to resign from the church.

“In the immediate aftermath of the publications there was a complete uproar in the plaintiff’s [Lighthouse] branches throughout Ghana with many of the members completely horrified and threatening to leave the church, which some actually did,” the church said in a defamation suit against some members of The Fourth Estate team.

The Fourth Estate is a non-profit journalism project of the MFWA.

Eight months after the publication, the church said it was unable to “quantify and or particularize the loss it has suffered or sustained” after the series of stories on the issue.

The LCI said it would amend the suit when it is done taking stock of damages and the losses “become available.”

Six former ministers of the church sued the church in April this year for non-payment of their pension contributions, economic exploitation and emotional abuse.

They say they were drawn into the ministry by their spiritual father, founder and Presiding Bishop of LCI, Dag Heward-Mills. Most of them, who served as student-leaders in the gospel, said they were not given employment letters. There was no formal employer-employee relationship when they transitioned into full-time service of the Lord after graduation. This, they said, the church took advantage of and mistreated them.

The six have resigned and sued LCI, which used to be the epicentre of their spiritual and social lives. They are praying the court to compel the church to pay their SSNIT contributions and damages for the rights, which the church violated.

They believe there are more silent victims among the 111 bishops and over 2,300 pastors of Lighthouse, who are currently shepherding more than 6,070 churches in 92 countries across the world.

Apart from enforcing their rights, the six former pastors say the reason they are speaking up is to ensure that those still serving in the church do not suffer what they have been through.

The church, in response, counter-sued its former pastors and now The Fourth Estate for the fallout.

In its statement of claim, the LCI said the relationship between the church and its founder, Bishop Dag Heward-Mills, was inseparable.

Bishop Heward-Mills, the medical doctor who dropped the stethoscope for the cross in 1991, preaches unalloyed loyalty– one the resigned pastors no longer want to be part of.

The church claimed that The Fourth Estate’s publication meant that, The Lighthouse was engaged in a “long term deceptive agenda of inducing its employees and volunteers into untoward reliance on the plaintiff and so succumbing to subservient dependence on the plaintiff.”

The LCI claimed the publications sought to suggest that the church was “not only intolerant but extremely callous, insensitive, inconsiderate and cold-hearted in its treatment of and abandonment of its volunteers and employees with exacting demands calculated to house them out of their posts.”

That is not all.

LCI contended that the publication dented its image and it had “suffered considerable damage distress and embarrassment, and has also suffered special and aggravated damage.”

The church wants the court to restrain The Fourth Estate from publishing “similar words defamatory of the plaintiff.”

It also wants The Fourth Estate to apologise for the stories and also pull down all the stories.

Those stories also contain the former pastors’ accounts of the sacrifices they made in establishing churches they were forced to abandon because of a church policy.