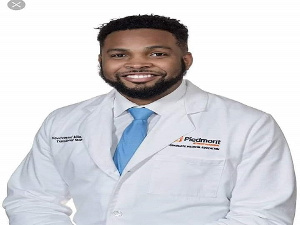 The news hit on the eve of Good Friday, March 15, 2022. Reports emerged about the demise of the first son of Bishop Dag Heward-Mills, founder of Lighthouse Chapel International.

According to the reports, Dr. David Heward-Mills who was a medical doctor died in the United States of America on Friday, April 15, 2022, after battling a short illness.

David Heward Mills passed at 31. Following this, many have taken to social media platforms Twitter and Facebook to commiserate with the Dag-Heward Mills family and express their condolences.

Whilst some described the Bishop as a strong person considering he was with the congregation at a joint service at the Independence Square on Good Friday; the day of the unfortunate incident, others described the event as a sad one.
Some others expressed shock about the event.

Here are some comments on social media platforms, Facebook, and Twitter since the news broke about David’s passing. 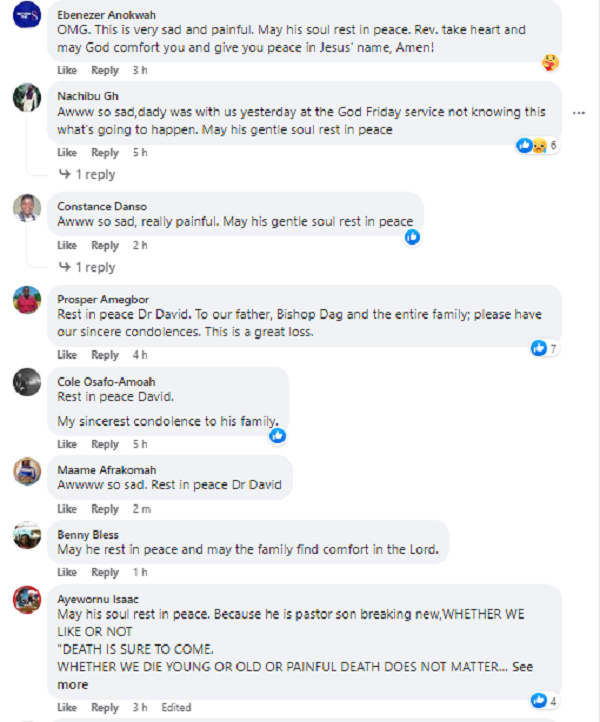 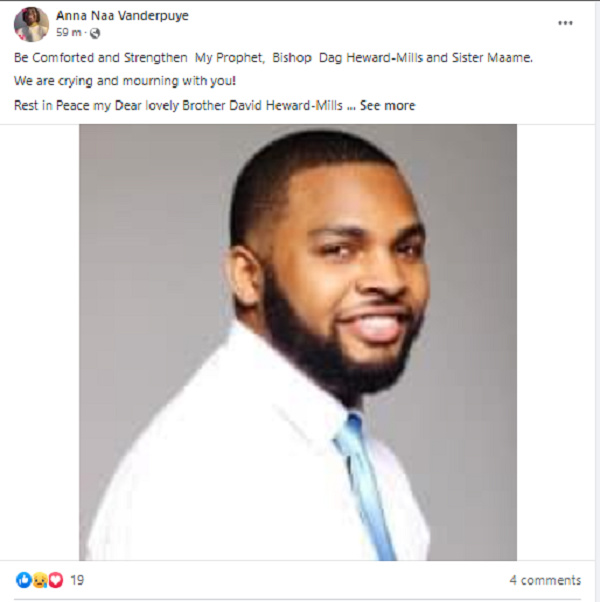 Tags after ARE bishop DAG OF PEOPLE saying SONDEATH THE WHAT

Previous VIDEO: Becca proud of her big buttocks, she flaunts them again
Next Easter celebration: Robbers attack church, run away with offering