Home / BUSINESS / Why Databank is trending number 1 on Twitter 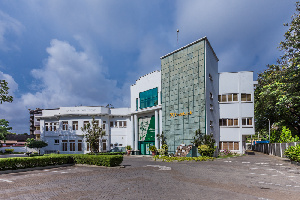 Databank is number one among the top trends on Twitter today, November 23, 2022, as customers cry over their inability to access their funds and investments.

According to some Twitter users, who have their savings and investments at the bank, they noticed that random deductions had been made on their monies.

Others have also explained that the act is not deliberate but an instruction from the Securities and Exchange Commission for banks to use the mark-to-market approach, where customers will get the market value of their returns due to the current economic crisis.

Apart from Databank, others have also noted that Ecobank has been using the mark-to-market approach for its EDC investments and other investment packages as well.

The customers said this has reduced their returns and even gone further to reduce their principal.

Twitter has therefore been buzzing as people are panicking as they state their fear of losing their investments.

One Twitter user [email protected] wrote: “There’s misinformation going around that various fund managers (Databank, EDC, Stanlib) are “STEALING” monies people have invested. That’s disingenuous. @SECGhana has instructed them to use use the mark-to-market valuation method in the valuation of investment assets/securities.”

Another user, Richard said “Databank and EDC are not making decisions on their own. This is a directive from the SEC to all investment-holding banks and firms. They have to comply.”

Read some of the tweets below