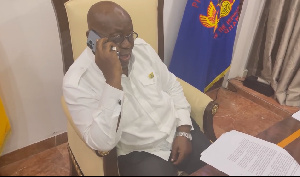 It is a no-brainer that Ghanaians are engulfed in an economic quagmire. The hardship is glaring, so perceptible that the president of the country, Nana Addo Dankwa Akufo-Addo while commissioning the constituency office of the New Patriotic Party in Juaben in 2021, had no choice but to admit “Ghanaians are going through difficult times”.

Remedies have since not been found; the ordinary Ghanaian continues to wallow in distress amid rhetoric and extraneous grammar about how the government seeks to rescue and restore the economy and by extension, mitigate the hardship imposed on Ghanaians.

“I know that there is a general sense of anxiety in our nation at the moment. The Ghanaian people are anxious about the economy, cost of living, income levels, jobs for young people and issues that we all thought that we had achieved national consensus on,” the president stated during the presentation of the 2022 State of the Nation Address in Parliament.

There has been an astronomical increase in the prices of goods in the last couple of months. The prices of petroleum products have seen an upward trajectory. A litre of petrol which sold at GH¢6.90 in December 2021 now sells at GH¢9.30 and is likely to increase again.

The price of a ball of kenkey has increased by 200%, GhanaWeb has observed. Kenkey sold at GH¢1 in 2020 but now sells at GH¢3. A loaf of bread that sold at GH¢5 in 2020 is also selling at GH¢10. It is very distressing that a sachet of water one can gulp down after consuming a cob of corn which now sells at GH¢4 from the previous GH¢1, now sells at 40 pesewas from the previous 20 pesewas. Washing soap, plantain chips, sanitary pads, you name it, have all become very expensive.

Farmer associations in the country are also lamenting the over 200% increase in the price of fertilizer. The government’s approved cost of 50KG NPK fertilizer which sold at GH¢108 in 2021 now sells at GH¢420. The list is endless.

The government in its narrative has, among others, blamed the pandemic, the Russia-Ukraine war and the John Mahama administration for the economic catastrophe except admitting that it has failed to protect the public purse.

The president has on several occasions been accused of ignoring the precarious state of the Ghanaian economy and swimming in extravagance – renting the US$18,000 an hour ultra-luxury executive jet for his international trips. He has also come under fire for keeping an “elephant-size” government when he could have had a relatively smaller size considering that he pledged to cut superfluous government spending. The president, however, deemed it “necessary” on the basis that the enormity of the job required that an army of ministers be appointed for a perfect execution.

In times past, some musicians released songs that captured the extremity of the hardship Ghanaians were confronted with at the time. Although the songs may be old now, their contemporary relevance cannot be overlooked as Ghanaians can relate to the lyrics under the current dispensation.

GhanaWeb puts the spotlight on two of the songs.

Now Africa’s second most decorated artiste after Davido, Sarkodie in 2014 released ‘Inflation’, a rap song that was produced by Julz. This was during the Mahama era when the economy was almost on its knees with pressure mounting on the government to sit up. Documenting the challenges that bedeviled the Ghanaian, Sarkodie welcomed his listeners with an introductory line that trumpeted the rapidly deteriorating state of the economy – “The nation is full of surprises”.

That line was so priceless. It encapsulated the major issues that affected lives including the erratic power supply, inflation rate, depreciation of the cedi, poor roads, high cost of living, unimpressive health and education sectors as the musician drummed home the need for the government to pay urgent attention and find lasting solutions.

The song remains very relatable even under this ruling NPP government particularly with rising issues regarding the current economic situation in the country.

Unlike Sarkodie who hammered on some major issues, Barima Sidney was metaphorical. Resorting to figurative expressions, the rapper in 2011 likened the country’s economic situation to a new car with insurmountable problems. Of course, the last thing anyone that buys a brand-new car expects is to have to deal with mechanical faults. And so, when John Atta Mills had succeeded John Agyekum Kufuor after beating Nana Addo Dankwa Akufo-Addo in the presidential elections, a below-par performance was the least expected.

Sidney assembled Kwame A Plus, Reggie Zippy and Nana Oheneba on ‘Enko Yie’ – an Akan phrase translated as ‘worse than is usual’ and represented the situation with different scenarios. ‘The old car was better’, a line in the song produced by Wei Ye Oteng said as the hook likened the government’s snail-paced performance to the movement of the tortoise.

Kwame A Plus went all out, sounding sarcastic on the groovy tune. Characteristics of a bad marriage became his focus, wondering how a partner claims to be financially handicapped yet spends lavishly.

“Money no dey wey you dey chew chinchinga so?”, he questioned.

The Akufo-Addo government has assured the citizenry that it is taking steps to revive Ghana’s economy. Although some regard this statement as yet another campaign promise, the fact remains that the Ghanaian people deserve better. Until then, ‘enko yie’.