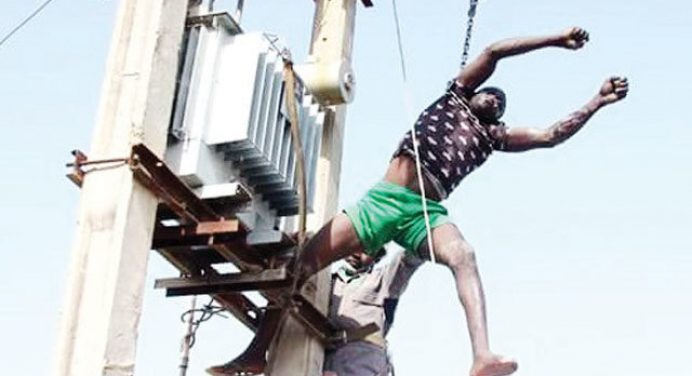 An electrician has died while fixing a faulty streetlight at Kona in the Ashanti Region.

Police in the area said the incident was reported at about 5p.m., Friday.

Kwadwo Banahene, 38, had climbed a wooden electric pole located behind the Kona mosque to work, his brother Kwame Owusu had told the police adding his brother got electrocuted in the process.

Witnesses had managed to bring him down when police officers arrived at the scene. He was rushed to the Agona District Hospital but was pronounced dead by medics on duty.

“The body which was dressed in a pair of black trousers and a black and yellow shirt was carefully inspected but no mark of assault was found”, police say.

Banahene’s body has been deposited at the morgue of the Zion Praise Hospital at Kona for preservation and autopsy. Police have recorded his death as ‘unnatural’.

There’s no hardship, complaining Ghanaians are living above their means – Northern Regional Minister

Woman knocked down by hit-and-run driver on N1 Highway