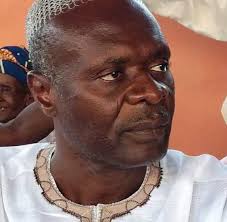 Speaking in an interview with Sagani TV, the minister noted that the complaints of hardship in the country is only borne out of people living beyond their means and that is not a result of government inefficiency.

“When I hear things are hard I don’t understand unless you tell me what the hard means,” he said while answering a question posed at him on why times are hard for the Ghanaian citizenry.

The host of My Northern Achiever, the programme on which Mr Saibu was speaking, sought to draw his attention to a high cost in the standard of living, the minister retorted with “really, are you sure? I don’t see that. What I see is that people are trying to adjust themselves to lives that they use not to live.”

Contrary to what the journalist highlighted as the basis for the complaints of economic hardships, the Northern Regional Minister said Ghanaians are living better under the Nana Addo Dankwa Akufo-Addo administration.

He noted that under the current administration, Ghanaians are eating properly, dressing properly and living in good homes and are living decent lifestyles.

According to him, it is a result of the quest for lifestyles beyond the means of the citizenry that has led to a strain on limited resources.

He said “We are challenged by living decent lives.

“Have you driven around town lately? Have you seen the dresses people wear, have you seen the houses people live in and the cars people drive? This shows that we are not in hard times. We are only challenged by wanting to do more than we have. So resources are scarce because people have very good use for their resources and people wish that they have more than what they have and that is why people think that there is hardship.”

Citing some government policies such as free SHS, Free Text Books, Free School Uniforms among others, the minister stated that the government is doing its best to ensure that the Ghanaian citizens are catered for.

The Northern Region itself forms part of the administrative regions located in the Northern part of Ghana.

Evidence suggests that nearly 40 percent of Ghana’s poor live in the northern part of the country which has only about 17 percent of the national population.

Source: www.ghanaweb.com
Related Topics:GHANAHARDSHIP
Up Next

‘Even in your death, I won’t let you have peace’ – IGP warns Krobo troublemakers