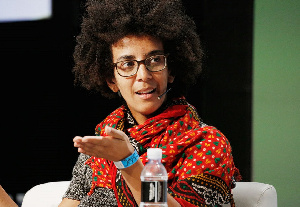 “I’ve been frustrated for a long time about the incentive structures that we have in place and how none of them seems to be appropriate for the kind of work I want to do,” she told The Washington Post.

Gebru has set up the Distributed Artificial Intelligence Research Institute (DAIR) and has received $3.7 million in funding from the MacArthur Foundation, Ford Foundation, Kapor Center, Open Society Foundation and the Rockefeller Foundation.

“The Distributed Artificial Intelligence Research Institute is an independent, community-rooted institute set to counter Big Tech’s pervasive influence on the research, development and deployment of AI,” according to its announcement press release.

“AI needs to be brought back down to earth. It has been elevated to a superhuman level that leads us to believe it is both inevitable and beyond our control,” said Gebru in the announcement. “When AI research, development and deployment is rooted in people and communities from the start, we can get in front of these harms and create a future that values equity and humanity.”

According to Gebru, DAIR will join existing independent ecosystems such as Data & Society, Algorithmic Justice League, and Data for Black Lives and will seek to influence AI policies and practices inside Big Tech companies like Google from the outside.

Already, Gebru has brought some powerful and influential people to DAIR’s advisory committee. One of them is Safiya Noble, a recent recipient of the MacArthur Genius grant and author of Algorithms of Oppression.

Also on the board is Ciira wa Maina, co-founder of Data Science Africa, who has researched food security, climate change, and conservation, according to the Post.

DAIR has been built from the start to include and emphasize diverse perspectives and question the processes used at companies like Google, Amazon and Facebook/Meta, according to Techcrunch. Its focus will be on publishing academic papers.

Although Gebru was born and raised in Ethiopia, her family’s ethnic origins are in Eritrea. The computer scientist came to the United States at 16 as a refugee receiving political asylum.