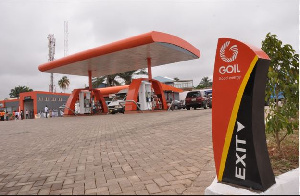 The company said, AOMCs should prove their claims

GOIL has suspended its membership from the AOMCs

State-owned Ghana Oil Company (GOIL) has challenged the Association of Oil Marketing Companies (AOMCs) to provide proof to back claims that the company was recently directed by the government to reduce fuel prices.

According to GOIL, the allegations by the Association of Oil Marketing Companies (AOMC) are false.

The government had urged oil marketing companies (OMCs) to reduce prices of petroleum products in order to cushion the motoring public. This had followed a sit-down strike by some driver unions earlier this week.

GOIL complied with this recommendation and reduced its prices to GHp15 per litre at the pumps, having recently reduced them by GHp14 per litre.

But the AOMCs wrote to the Minister of Energy, Dr Matthew Opoku Prempeh, asking the government to steer clear of price deregulation as being implemented by OMCs.

This appears not to have gone down well with GOIL as captured in a statement dated Wednesday, December 8, 2021.

“GOIL wants to state categorically that at no point did the government ‘direct’ the company to reduce its fuel prices as being alleged…,” a press statement signed by the CEO and Managing Director of GOIL Company Ltd, Kwame Osei Prempeh indicated.

The statement further noted that, “GOIL is a listed company with a constituted Board of Directors and Management and takes decisions based on prudent commercial principles”, adding that, “GOIL is guided by the fact that the company is owned by Ghanaians and that has always influenced our pricing policy.”

Osei Prempeh observed, the oil marketing company decided to sacrifice part of its margin in the pricing window for the benefit of its customers and Ghanaians as a result of the “agitation of transporters and concerns of Ghanaians.

“In the previous window, GOIL reduced prices by 14 pesewas without any prompting of being ‘directed’ by government to do so and on the occasion, GOIL decided to reduce its prices after taking all the necessary steps to safeguard its business.”

Due to the above-mentioned statement, Osei Prempeh said, he is surprised that the AOMCs found its voice and the audacity to make such a claim.

The statement stressed further that the recent reduction in prices was a result of the consideration of the welfare of the ordinary Ghanaian.

“Profit is therefore not the company’s prime motive, we also take cognisance of our corporate social responsibility to Ghanaians.” It sad the motive was “to cushion Ghanaians in the difficult post-Covid period”.

It, therefore, challenged AOMC to provide proof of its allegations.

“The allegation that government is interfering in the industry is unfounded and baseless. GOIL has the right as any other OMC to determine its prices.

“We at GOIL believe the association has shown gross disrespect to the company and treated it with contempt and public ridicule. GOIL has therefore decided to suspend its membership of the association immediately.” 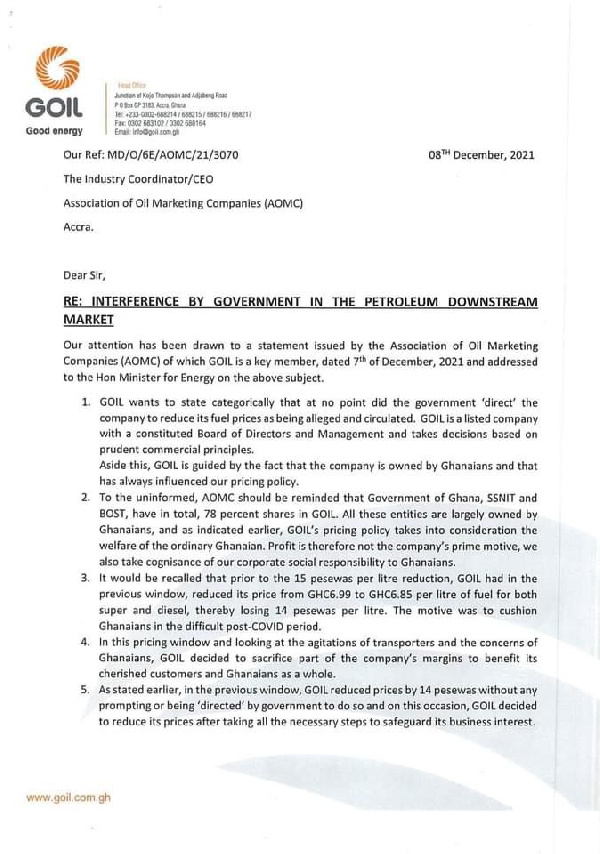 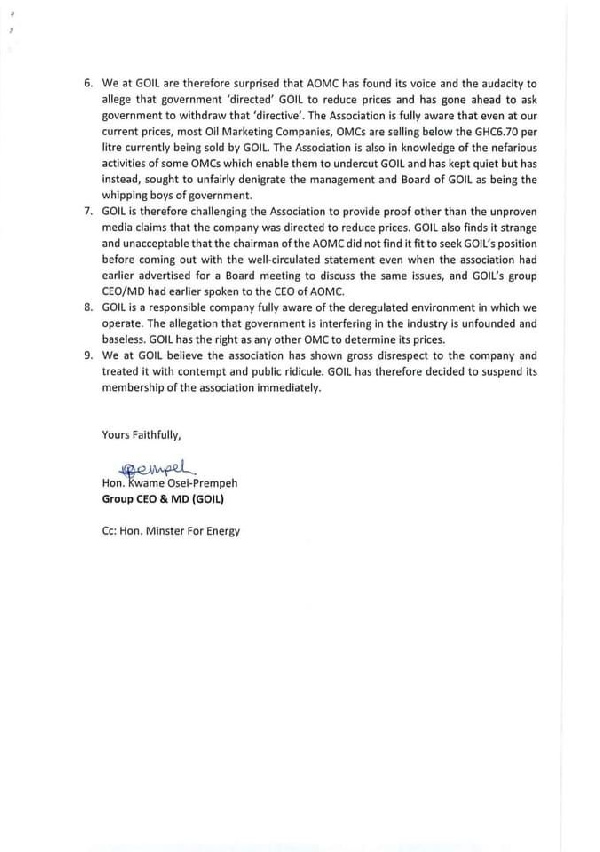 Source: www.ghanaweb.com
Related Topics:Goil
Up Next

VIDEO: Tears as primary one pupil is killed by trailer at Asafo