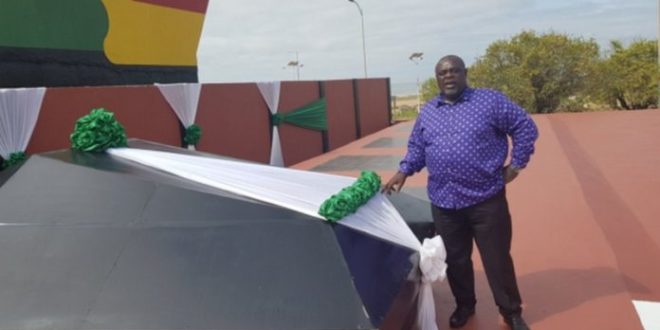 AUDIO&PHOTOS: Where is Atta Mills’ body? – Family angry with govt

Family of former President John Evans Atta Mills is furious with government for allowing the Atta Mills Institute to work on the grave of the former president.

The NGO, run by Koku Anyidoho, say they are rehabilitating the Asomdwe Park which has the mortal remains of the former president.

According to brother of the former president, Samuel Atta Mills, who is also MP for the Komenda Adina Eguafo Abirim (KEAA) constituency, it goes against all customs to allow the NGO make changes to the grave without recourse to the family.

He wondered why Coastal Developers Authority and the NGO which has no endorsement from the family will do this unthinkable to cause the pain of the family. “It is not proper to allow the NGO to make changes to the grave without recourse to the family,” he said.

Mr Mills warned that their family will come at anyone who tries to disgrace them, stressing that soon, other former Presidents’ tomb will be managed by individuals.

He called on the government, the IGP, National Security to investigate and prosecute those who played a part in the act.

The family, therefore, wants to know the location of the former President’s body.

Tags ANGRY ATTA body FAMILY GOVT IS Mills WHERE WITH