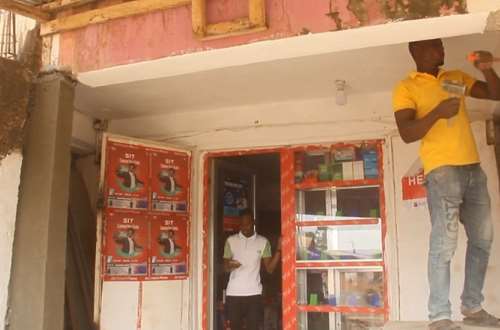 Criminals have taken advantage of the curfew imposed on Bawku and its environs due to the chieftaincy dispute to engage in their nefarious activities.

Various reports reveal that the thieves have broken into provision stores, mobile phone shops and pharmacies and made away with monies, flat TVs and mobile phones.

Residents who spoke to Modernghana News noted that the looting of shops has heightened the insecurity in the area calling on the police to increase patrols at night to protect lives and properties.

Richard Apiigu, an Airtel Tigo Partner and Viikandi Investment told this reporter that on the 4th of December, 2021 his shop was burgled and items including monies stolen.

According to him, the thieves took away 153 smartphones, 217 feature phones, flat-screen 55inch TV, scratch cards and a cash amount of Ghc5,071.

Another resident, Jamidu Seidu Mohammed also said his pharmacy warehouse which is 25metres away from the main road was broken.

According to him, boxes of drugs were stolen.

Atiraag Seidu Kawawa, another shop owner also said they sleep with one eye open at night due to the reports of rampant shop looting during the curfew hours.

He, however, called on the security within the municipality to increase their patrols at night to safeguard their shops.

Police, military and other security agencies will clamp down on criminals who hide behind the curfew imposed in Bawku to break stores and shops.

The Superintendent Simon Peter Akabati, Bawku Municipal Police Commander, said the police have put in place measures in the municipality and its environs to curb the situation.

He noted that checkpoints are dotted on the major roads within the municipality with 24hours patrol.

He, however, said officers from the regional capital Bolgatanga, Zebilla and other Districts were drawn to help calm the situation.

Superintendent Simon Peter Akabati indicated that the police and military are not enough to cover the entire municipal number but intelligence gathering has been heightened to fish out the criminals.

He however calls on shop owners within the town to make their shops are properly locked and secured.

According to him, he was yet to receive complaints from the victim’s whose shops have been looted.

Related Topics:BawkuCRIMINALSCURFEWloot shops
Up Next