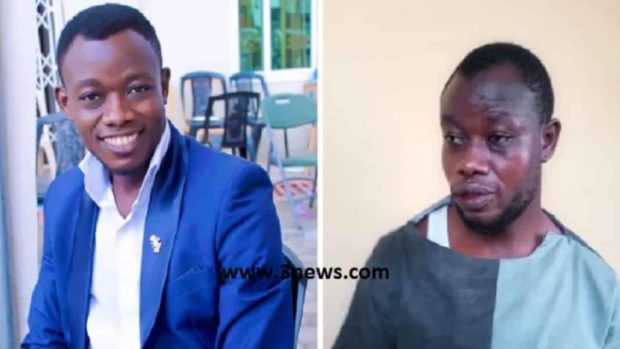 Eric Nana Gyetuah, a journalist with Connect FM, has suffered an injury to his right eardrum after being brutally assaulted by police.

A medical report from the Effia Nkwanta Regional Hospital in the Western Region reveals that his eardrum has been perforated, according to a report by 3News.

The journalist was assaulted at the God is Love Chop Bar by some men in plain uniforms purported to be police officers.

After subjecting him to severe beatings, the supposed officers handcuffed and dumped him at the back of a pickup vehicle with registration number WR-3213-13 and charged him at the headquarters of the Western Regional Police command.

Since the incident happened, the journalist, who is also the producer of Connect FM’s morning show Omanbapa, has been complaining of frequent yellowish discharges from his right ear.

He also complains of severe headache.

He reported at the ENT Clinic of the Effia Nkwanta Regional Hospital, where series of medical examinations have confirmed that his right eardrum has been damaged.

“On examination, the right eardrum (tympanic membrane) was perforated with mucopurulent fluid in the external auditory and carnal,” part of the medical report indicates.

His employer Media General transported him on an emergency to see a specialist in Accra for further treatment.

In the meantime, the Police Professional Standards Bureau (PPSB) under the instructions of the Inspector General of Police, Dr. George Akuffo Dampare, has met the assaulted journalist to take an initial report on what transpired on the day of the incident for thorough investigations to be conducted.

Previous VIDEO: Yaa Jackson in a lovey-dovey moment with boyfriend as she unveils him on Val’s Day
Next No one is above the law – IGP tells media