Home / ENTERTAINMENT / VIDEO: Yaa Jackson in a lovey-dovey moment with boyfriend as she unveils him on Val’s Day 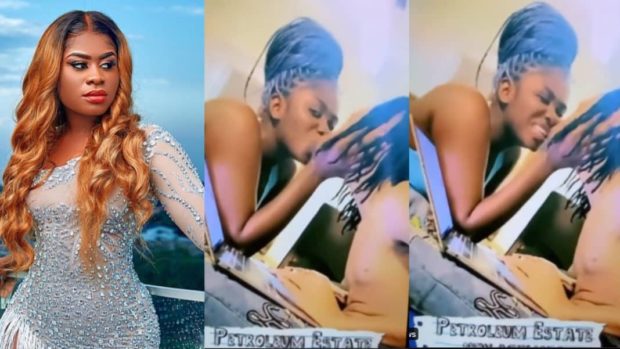 VIDEO: Yaa Jackson in a lovey-dovey moment with boyfriend as she unveils him on Val’s Day

Yaa Jackson seems to be making the most of Valentine’s Day as she has shared her lovey-dovey moment with her boyfriend.

The exclusive video gives an account of Yaa Jackson locking lips passionately with the gentleman.

The gentleman in dreadlocks did not show his entire face in the video.

Her social media adventure reveals a carefree Yaa Jackson who remains unperturbed about the opinions of others about her freaky lifestyle and choice of attire.

In fact, her parents also remain unperturbed as her father had debunked claims that his daughter was going wayward.

On Val’s Day, Yaa Jackson has unveiled her boyfriend and has done that in style.

Check Out Video Below For More: