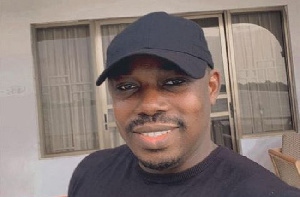 Dela Coffie having been declared wanted by the Office of the Special Prosecutor on June 3, 2022, turned himself in on Monday.

He was subsequently detained by the office to assist in an investigation on the subject of him allegedly faking letters purporting to have been issued by the Special Prosecutor.

In a related development, Joynews has reported that Dela Coffie has been granted bail by the office of the Special Prosecutor.

It is not yet known the details of the said bail as well as the status of the investigations into the matter. However, he is said to have been released from detention on Wednesday, June 8, 2022, on bail.