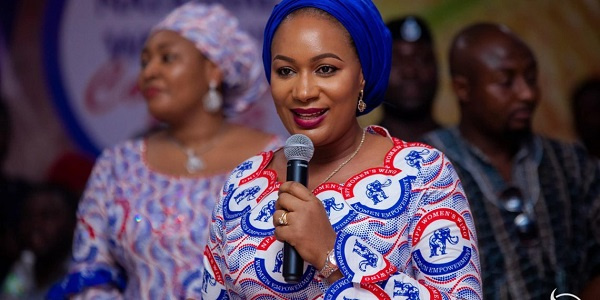 Local Governance Expert, Ing Amon Kotei has chastised the wife of the Vice President of Ghana, Samira Bawumia for claiming Ghana has seen widespread development under the Akufo-Addo administration.

According to him, Samira Bawumia has no basis to make that statement and described it as entirely false.

“She should only make this statement to children in the kindergarten and not matured minds like us. What she is saying is an insult to Ghanaians and she shouldn’t have said that in the first place. Based on what she is saying, development in Ghana is widespread?” he queried.

In an interview with Happy98.9FM’s Sefah-Danquah on the Epa Hoa Daben political talk show, he cited, “The Ashanti Region had the Kejetia Market, Cape Coast had the Kotokuraba Market and all these were during the tenure of former President Mahama. Now, what market has her husband built? Under John Mahama every region got a regional hospital and I ask again which hospitals have been built under her husband’s regime?”

To him, it is just sorry for the ruling government to build a kindergarten in a single district and call it development. “They shouldn’t even bring these things to the table for discussion.”

The visibly angry governance expert called for the government to consider seriously all aspects of national development and advised people with little to no knowledge of development to stay clear of the subject.

Ghana’s Second Lady, Samira Bawumia says the achievements of the Akufo-Addo-Bawumia administration are dotted across the country.

Samira Bawumia says through the Ministry of Special Development Initiative, every constituency in Ghana has witnessed various forms of development in the first term of the administration.

Speaking at a forum in the UK, Samira Bawumia said Ghana has seen more development under the NPP government than any government in the Fourth Republic.

She stressed that the Akufo-Addo government has worked to ensure that the country’s resources are distributed evenly across the country.

“For those of us who have the honour of travelling around the country, there is no constituency that His Excellency Nana Akufo-Addo has not touched with development. That is the priority of our government to make sure that we spread evenly the resources of our nation,” she said.