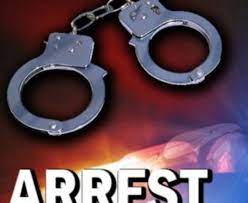 Three persons are in the grips of the Central East Police Command for their alleged involvement in the burning to death of 34-year-old Francis Dawson, a TV repairer at Fiifi Pratt, a suburb of Gomoa Nyanyano in October 2021.

Police say the three persons Kwame Baah Mensah 47, Vernice Kyeremeh, 33, and Rose Cobbah, were involved in luring the victim on the dawn of October 17, 2021, to an uncompleted house at Fiifi Pratt, where they subsequently burned him to death.

According to the Police, they have been tracking the suspects for some time before they were apprehended at their hideout in Berekum in the Bono Region.

The Deputy Central East Police Commander, ACP Oduro Amaning, speaking to Citi News about the arrest, said “now that we have him [the main suspect], we are now going to caution him and charge him in court just like those who were arrested first were remanded into police custody.”

ACP Amaning urged the public to volunteer information in instances like this.

“The advice is that the general public should help the police when cases of this nature happen. They should help us so that police will be fast in their investigations,” he said.