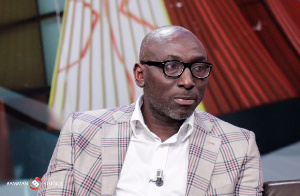 The Director of the National Democratic Congress (NDC) legal team, Abraham Amaliba, has described the ruling by the Supreme Court on the matter of an application for an injunction to stop James Gyakye Quayson from holding himself as a Member of Parliament for Assin North, as another sad day in Ghana’s democracy.

He explained that the ruling effectively takes away representation from the people of Assin North, a situation that doesn’t complement the tenets of a democratic environment.

Speaking with TV3 Midday and monitored by GhanaWeb, he said that it was their expectation that the apex court would allow the embattled MP to continue to serve his people, even as it determines the final ruling on the case.

“We had expected that being an interlocutory matter, and the fact that the substantive matter is before the court, and knowing that this is a matter of dispensation, the Supreme Court would have allowed the Member of Parliament to continue to represent the people, while waiting for the determination of the matter.

“Now, the way it is now, the people of Assin North have been effectively denied a representation in parliament and this is not a democracy,” he said.

The Supreme Court, in a 5-2 majority, ruled that the Assin North MP, James Gyakye Quayson-, is not the Member of Parliament for Assin North.

This comes after a citizen of Assin Bereku, by name of Michael Ankomah Nimfah, on January 27, 2022, filed an interlocutory injunction against the MP from performing his parliamentary duties after a high court judgment annulled his election due to the issue of dual citizenship on July 28, 2021.

The embattled Member of Parliament had appealed against the High Court judgment but was struck out for failing to file written submissions within the mandatory period.

Here are the judges who presided over the case;

The two judges who voted in the minority on the case were Justices Dordzie and Nene Amegatcher.

Tags Another DAY ITS SAD yet