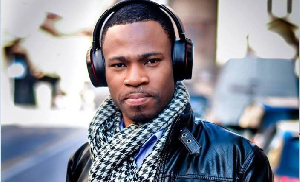 The Angel FM Anopa Bofoↄ show host indicated subtly that his engagement in extramarital affairs has in the recent times been a cause of worry, resulting in his decision to mend his ways.

“It gets to a point where you get fed up with your lifestyle…I sat down, analysed my life and decided that I will do pruning, cutting off some aspects of my life,” he intimated in Twi on the show on Wednesday April 13, 2022.

Though he did not mention explicitly what affected the change in behaviour, he revealed that his efforts to reshape his life and marriage was difficult.

“There were some that were very difficult: I could call a girlfriend of mine and say ‘charley, I mended my foolish ways before December so…’ [She would respond] ‘I won’t accept that,’ but it’s my life,” he said, adding that sometimes he had to be firm about his decision because their future together was bleak.”

In one of his posts on Facebook for instance, he said “Breaking up is okay. Starting over is okay. Moving on is okay. Being alone is okay. What is not okay is staying somewhere you’re not valued and appreciated”.

According to Kofi Adoma, he was enwrapped in the relationships so much that at some points, he “wanted to be polygamous”.

He indicated that his treachery had made it impossible for him to openly wish his wife, Madam Miracle Adoma on her birthdays and marriage anniversaries, however, after reconstructing himself, he could comfortably appreciate her.

The Journalist noted that amid his negative practices, his wife has remained composed in the relationship and that has impressed him.

He made the comments while discussing issues bothering on abusive relationships or marriages which came up following the death of Nigerian gospel singer, Osinachi Nwachukwu, who reportedly was abused by her husband.

Previous Bride-to-be, 28 others die as boat capsize in Sokoto
Next Three lessons everyone must learn from Odartey Lamptey’s divorce saga