Home / OPINION / Kwahu Easter festivities: the euphoria is back again 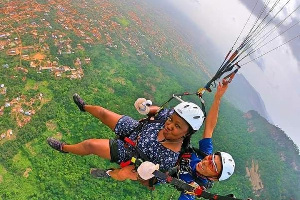 Kwahu Easter festivities: the euphoria is back again 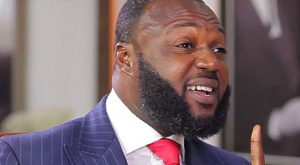 ATO ESSIEN: WHEN JAIL IS NOT ENOUGH 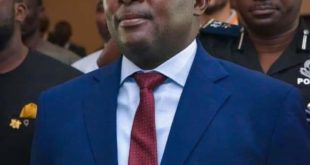 We Need Update On The Economy Like Covid-19:A Letter To Dr. Bawumia

The Ghana Paragliding Festival has become an integral part of the annual Kwahu Easter Festivities.

The event rekindled the hither-to dying Kwahu Easter festival and transformed Easter celebration in Ghana into an international event.

The history of the festival goes back to March 2003 when, as the new Minister of Tourism and Modernization, Mr. Jake Otanka Obetsebi-Lamptey visited the Kwahu ridge as part of his familiarization tour of the country, and by chance crossed paths with the festival’s organizer, Walter Neser.

In 2005 the first ever Ghana Paragliding Festival, was launched by the then Vice President, the Late Alhaji Aliu Mahama, and in 2010, it was rechristened the “Kwahu Easter Paragliding Festival” through the leadership of the Chief Executive of the Ghana Tourism Authority, Mr Julius Debrah in partnership with Adom FM.

The festival since its inception had attracted both Ghanaians and foreign nationals alike who engage in various activities including paragliding from the Odweanoma mountain, in Kwahu Atibie, walk race, telescope viewing, Jams, Dubar of Chiefs and People of Kwahu, Hot Air Balloon, food Bazaars, Pool Parties, Musical Concerts, among others for a period of four days.

Over the years, tandem pilots have been gathered from around the world to fly patrons during the festival.

The festival since its inception had been organized every year to coincide with the Easter festivities and has become one of the flagship programmes of the Ghana Tourism Authority organized to promote tourism in the country.

In 2020 and 2021, due to out break of the COVID 19 Pandemic, it was put on hold. However, this year, the festival has bounced back in grand style and promises to be a great edition with loads of activities outlined by stakeholders including the private sector to make it a memorable one.

This year Ghana’s first tandem pilot would also be part of the 12 pilots to fly patrons from the Odweanoma Mountains to the Nkawkaw Park throughout the period, at a fee of GHC550.00 inclusive of an Antigen Test for passengers before they would be allowed to fly.

Some stakeholders expressed outmost excitement at the return of the festival when it was launched in March as it puts Ghana on a pedestal concerning promoting both domestic and international tourism.

Mr Akwesi Agyeman, Chief Executive Officer, GTA said the festival was the ideal way for Ghana to showcase that indeed, Ghana was “open and ready”.

He said “it had been two difficult years for our sector as we experienced the adverse effects of the COVID -19 pandemic across the entire value chain. Yet we kept hope alive, believing- just as the President had stated- that this too was going to pass, and we commend sector players for their resilience.”

He said the festival was arguably the biggest festival in the country designed to break down barriers and unite the country, saying “it is a time for diverse cultures and activities, and a time to celebrate the fact that we have got a lot more in common as a people than the differences that separate us.”

“This year, to bring more structure to the Easter activities, we have teamed up with the Kwahu Traditional Authority, the Kwahu East, West and South Assemblies and other key stakeholders to form a Local Organising Committee (LOC) to ensure visitor experience is enhanced and health and safety considerations are mainstreamed.”

Daasebre Akuamoah Agyapong II, Omanhene of the Kwahu Traditional Area commended the Ministry of Tourism Arts and Culture, the GTA and stakeholders, saying the paragliding sport at the Odweanoma peak at Atibie, had gained prominence and added more colour to the Easter festivities.

He said his outfit had followed the preparations and stakeholder engagements that preceded this year’s festival and was excited about various projects and activities that were incorporated, all in a bid to add diversity and variety to the existing activities.

“I have had cause to set up a committee to work with Nananom and the various assemblies to fashion out a workable solution to the very chaotic traffic situation during the Easter and address other such bottlenecks. Hopefully, this year will see a free flow of revelers and less traffic, after the tremendous work done by the committee.”

The Omanhene noted that Kwahu was steadily evolving into a Tourist destination and urged private investors and government to continue to find ways to identify and develop the many untapped tourist sites to generate revenue and enrich the lives of my people.

He urged patrons to be mindful to observe all the necessary COVID-19 safety protocols since Covid 19 was still around, be moderate in their celebrations, be law abiding and take their personal security seriously, wear decent clothing, avoid excessive indulgence in alcohol and usage of hard and recreational drugs.

Mr Emmanuel Atta Ofori Snr, MCE for Kwahu South said they were excited that Kwahu Easter was back, and the euphoria was back in full force after the break from the pandemic.

He said local businesses were springing back to life, and this year, the Municipality, which was the hot seat of the Easter festival was ready to host all revelers. “Odweanoma Paragliding Site, the Echo Raven Drive and other tourism sites in the Municipality have all been adequately prepared to provide satisfaction to tourists.”

He assured that the Municipal Assembly and its departments would be on standby to provide the necessary security and sanitation support to make the festival successful.

Mr Emmanuel Frimpong, Executive Secretary, Ghana Tourism Federation, said this year’s festival was going to be a different experience for patrons because, government has created an enabling environment for the private sector to be fully involved in the celebrations.

He said “tour operators will be organising tours and other events, car rentals will also be providing car rental services, hotels will be providing accommodation services, while restaurants will provide enough for food patrons. Tour guides will also be there to guide patrons, engage them and lead them to the traditional authorities among others.”

He said as part of their contribution as the private sector, they have engaged the GTA to see how best to support by adjusting the prices of their service in order to attract more patrons to the festival.

“Normally around this time, charges for services are extremely high, so we have advised our members to try and adjust some of their prices so that together we help promote domestic tourism for people to also go and have fun.”

Mr Frimpong said beyond the festival, the private sector was also looking forward to making the Kwahu enclave a tourism hub, where series of activities would be organised throughout the year, probably three of four times within a year.

He urged patrons to go to the festival with the mind set of going to have fun, comport themselves, stay away from all vices and coming back with some renewed energy to continue their daily routines, adding that security would also be tight during the celebrations.

Easter is one of the principal festivals or feasts of Christianity. It is called Pascha in both Latin and Greek and marks the Resurrection of Jesus Christ three days after his death by crucifixion. Commemoration of the feast of Easter according to theological historians’ dates back over 2000 years.

It is celebrated by Christians as a joyous holiday because it represents the fulfillment of the prophecies of the Old Testament and the revelation of God’s salvific plan for all of humankind. Many Christian churches, view Easter as the joyful end to the Lenten season of fasting and penitence.

In commemorating the Resurrection of Jesus, Easter also celebrates the defeat of death and the hope of salvation. Christian tradition holds that the sins of humanity were paid for by the death of Jesus and that his Resurrection represents the anticipation believers can have in their own resurrection.

This year’s feast kicked off form Friday April 15 to Monday 18. 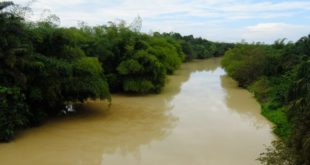 By Kwesi Yankah Ghana is a nation of dreamers no doubt, but our … 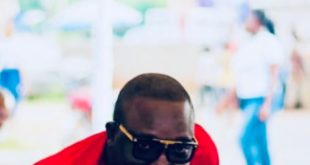 SHOOTING TO KILL, NOT A WISE DECISION TO STOP GALAMSEY ACTIVITIES