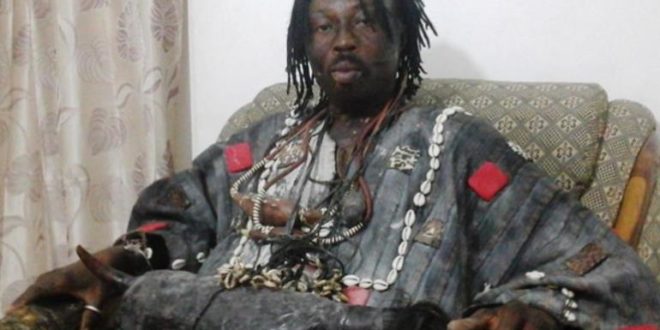 Ghana to play Gabon on Friday

Ghanaian spiritualist, Kwaku Bonsam has attributed the recent struggles of the Black Stars to what he perceives to be a raw deal offered former Black Stars coach Kwasi Appiah.

Kwaku Bonsam claims that the manner in which Kwasi Appiah was relieved of his post as Ghana coach left much to be desired and that has affected the team’s chances in the spiritual realms.

He told Kasapa FM that until the country seek clemency from Kwasi Appiah, the Black Stars will continue to struggle.

He also urged the technical handlers of the team not to field Andre Ayew and his brother Jordan in the same team.

He noted that the presence of both brothers on the field does not bode well for the team spiritually.

“The Black Stars are struggling because of three things. Firstly, leadership of the team should apologize to Kwasi Appiah over the bad treatment meted out to him. Coach Kwasi Appiah left the team with pains and has cursed the team. Until we apologize to him, the team will continue to struggle. The team is cursed.

“The likes of Asamoah Gyan and Muntari were open to operations so it was easier dealing with them. Andre Ayew is doing well as a captain but I believe he should not be on the same pitch with his brother. The two of them cannot be on the field at the same time,” he said.

The Black Stars begun their 2021 AFCON on a losing note to the Atlas Lions of Morocco.

Next up for the Black Stars is a game against Gabon in the second game of Group C.