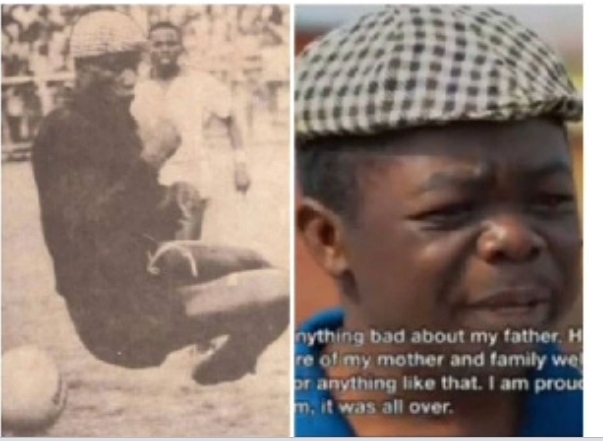 Blakk Rasta narrates that Anto hanged himself in his room after driving away his son who was around him.

Excerpt of the report reads “family said three days ago, Kofi Anto seemed uneasy and asked his son who was playing around him to go out and play and not make so much noise around him. It was this opportunity he took to hang himself.”

Kofi Anto, in a recent interview with Blakk Rasta, opened up on the struggles he was enduring.

Kofi Anto, in that interview, was hopeful that God will heal him of his sickness but he has unfortunately succumbed to the hardships that have crippled him.

“If I was to sell this over a 50-year-old cap of a legacy, it would have long been done,” he said in an interview with Blakk Rasta.

“Yes, I am disabled but it’s God who heals. I will not sell it [for any amount]. I am hopeful that I will be well.”

The late Robert Mensah was the best goalkeeper in Africa when he died at the age of 32.