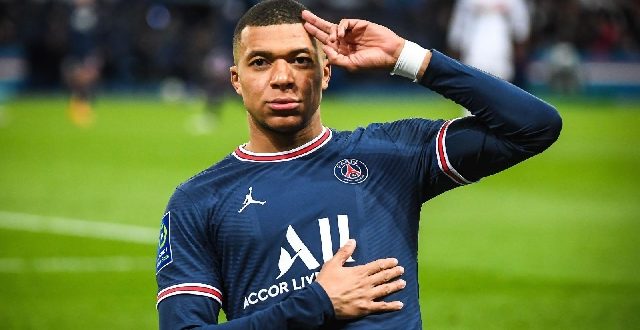 Kylian Mbappe, Vinicius Jr and Erling Haaland are the most valuable players in the world, according to research group CIES Football Observatory.

Borussia Dortmund midfielder Jude Bellingham (£114.1m) is the most valuable English player on the list in fifth place, ahead of England team-mate and Manchester City midfielder Phil Foden in sixth (£105.9m).

Premier League clubs dominate the list with 41 representatives in the top 100.

The CIES uses a range of variables including a player’s age, performances, economic value of their club and inflation to work out estimated transfer values.

France striker Mbappe signed a new three-year contact with PSG last month as he chose to stay in Paris rather than move to La Liga and Champions League winners Real Madrid.

Meanwhile, PSG’s Gianluigi Donnarumma, who won the European Championship with Italy, is the most valuable goalkeeper at 41st in the rankings (£62.9m).

This season’s Premier League and Champions League runners-up, Liverpool, are represented in the top 10 by January signing Luis Diaz (£94m).

Barcelona trio Pedri, Frenkie de Jong, who has been linked with Manchester United, and Ferran Torres all feature in the top 10.

Darwin Nunez, who has been heavily linked with a move from Benfica, has the highest valuation (£59.9m) for players outside of Europe’s top five leagues.

Previous I lost $120,000 when I invested in Wutah – Guru
Next Tension as Akyem Engresi Chief bans krobos from burying dead relatives