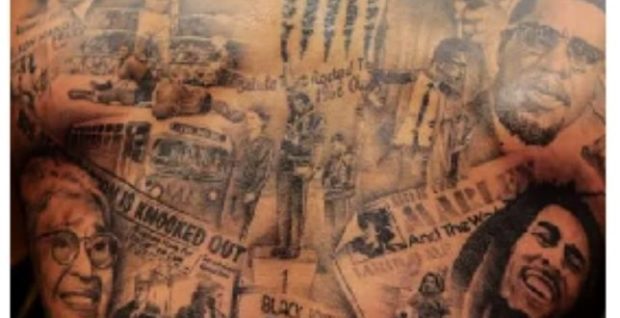 Andre Anthony Gray is a professional footballer who plays as a striker for Watford, and for the Jamaica national team. His astounding back tattoo, which contains images of Nelson Mandela, Martin Luther King, Malcolm X, the Black Panthers, Rosa Parks, and different recreation-converting, modern legends from darkish history. 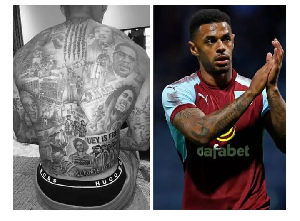 Gray called the artwork a ‘masterpiece’ when he posted a greyscale portrait of his full-back tattoo on social media last week, and rightly so. The intricate design includes important moments in black history.

And far from being a vanity project, the forward has invested plenty of time, energy and emotion into the planning process.

You find you read about one person and then you find there is a documentary you can watch about them and then it usually leads on to something else. 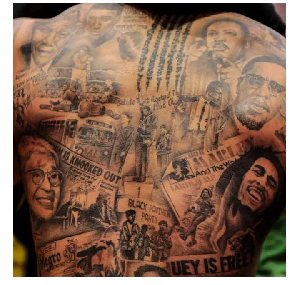 ‘It was horrible to go to and they’ve still got the chains there. It opens your eyes a lot. To go to Africa and see some of those things was pretty difficult, but it makes you think.’

Gray is no stranger to emotive tattoos. The words ‘still I rise’, which are written into his left breast, refer to his salvation from the gang culture in his hometown of Wolverhampton.

The forward explained how he was left with a four-inch scar on his left cheek from a fight aged 18 and how he has gone on to change his ways.

‘Obviously you’re going to get adversity along the way and some things will knock you back, but as long as you can fight through it and get back up … it kind of made sense to me,’ He advised.

Iconic Figures On Gray’s Back

1 – Martin Luther King: Civil rights leader, powerful orator and renowned for his ‘I Have a Dream’ speech. Assassinated in 1968.

3 – Nelson Mandela: South African president who led the country away from apartheid.

5 – Tommie Smith & John Carlos: Sprinters who made a poignant podium protest at the 1968 Olympic Games with the black power salute.

9 – Rosa Parks: Famously refused to give up her seat at the front of a racially segregated bus in Montgomery, Alabama.