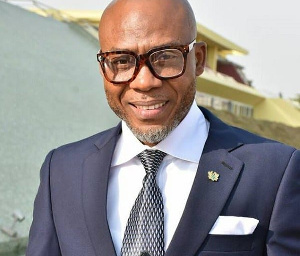 Musah Superior proposes roles for the Vice Chairmen of NPP

A General Secretary hopeful of the New Patriotic Party, Musah Superior, has proposed that the Vice Chairmen of the Party should be assigned specific roles in addition to what the NPP constitution has prescribed.

“We can also repeat this idea at the Regional and Constituency levels. This will make the positions more meaningful at the local organization of the Party”.

The former Tamale Mayor who is currently the Deputy Chief Executive Officer of the Forestry Commission announced this proposal at a pressing engagement with journalists in Wa over the weekend. He was in the Upper West Region to monitor the NPP Regional elections.

Musah Superior stated that the party must be run along modern lines. He said, “we must create these units as part of our modernisation agenda”. He said logistics and welfare issues are critical in the management of a political party.

He called on the Party members to fully support the newly elected Regional executives to ensure that “we rebuild our Party” for the task ahead.

Previous ‘See comedy, the masons lost its relevance centuries’ – Afenyo-Markin trolled on Twitter
Next Body of 3-year-old Kamille ‘Cupcake’ McKinney who went missing 10 days ago found in garbage can