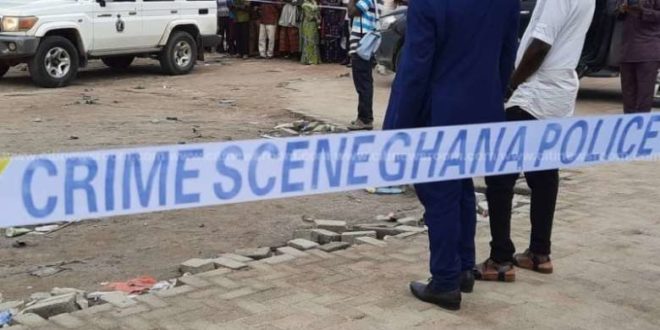 One dead, 5 arrested in renewed disturbances at Kandiga-Doba

At least one person has died and five(5) suspects arrested in connection with a renewed clash between Doba and Kandiga in the Kassena-Nankana Municipal and Kassena-Nankana West District in the Upper East Region.

There were sporadic gunshots between the two communities last night, which threatened the safety of road users plying the Bolgatanga-Navrongo road.

Even though the cause of the renewed disturbances is yet to be ascertained, police say, calm has returned to the area and security beefed up to avert any eventuality.

“When the gunshots were heard, the police and military moved in and contained the situation. Calm has been restored in the area. One person was shot dead, and five persons were arrested in connection with the disturbances. Investigations are ongoing, and they will be processed for court for a decision to be made on them”.

ASP Fianko-Okyere, reiterated that, security has been beefed up in the troubled area as police continue the investigation into the incident.

In a related development in Bawku, there were also sporadic gunshots in some suburbs of Bawku on May 22, 2022.

Even though the cause of the gunshots is unknown, there were no casualties.

Citi News understands that, the Upper East Regional Police Commander, together with the commander of the 11th Mechanized Infantry Battalion, are currently in Bawku to assess the situation.

Tags 5 arrested at DEAD disturbances Doba IN Kandiga ONE renewed

Previous VIDEO: My success is due to hard work, not luck — Black Sherif responds to Blakk Rasta
Next Five kinds of noises women make when enjoying lovemaking