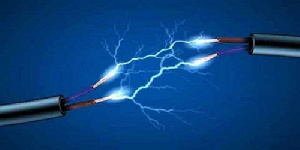 A 65-year-old pensioner named Openyin Ebow Takyi met his untimely death after he was electrocuted at Breman Asikuma in the Asikuma Odoben Brakwa District of the Central Region.

The deceased was electrocuted in his store during a heavy downpour Sunday, May 22, 2022 afternoon.

An eyewitness narrating how the incident occurred explained that the container store of the deceased has bare wires on the roof and since the container is metallic and it had rained, immediately he touched the container he was electrocuted and died instantly.

Reports gathered by Kasapa News’ Yaw Boagyan indicate that the wife of the deceased was also electrocuted some days ago by the same container but fortunately she survived.

However, the deceased failed to rectify the problem only for him to die through the same means.

The Police and Electricity Company of Ghana officials were informed and they proceeded to the scene and conveyed the body to the Our Lady of Grace Government Hospital Mortuary.

He left behind a wife and five children.