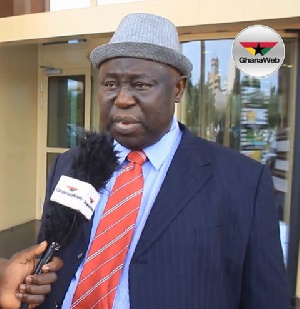 Political interference was one of the issues discussed on ”Saving Our Passion”, a dialogue on saving Ghana football on GTV Sports+, where Alhaji Lepowura Jawula said there are always misunderstandings between the GFA and government but one needs to be diplomatic so that in the long run the purpose will be achieved.

He gave credit to his colleague Kwesi Nyantakyi for being the most diplomatic amongst them all.

“There are misunderstandings but in the end one has to be diplomatic,” he said, commending Kwesi Nyantekyi for being the most diplomatic amongst them.

”In fact he has tough skin,” he said.

The Chairman of the Premier league Committee indicated that a good sector minister and a proactive football committee are key to achieving a successful football environment.

“It depends on the Minister involved and the people on the football Committee,” he noted.

Previous Kufuor’s freedom of expression video pops up amid arrest of govt critics
Next We don’t envy Ashantis, Bonos were around 130 years before them – Dormaahene talks history, law