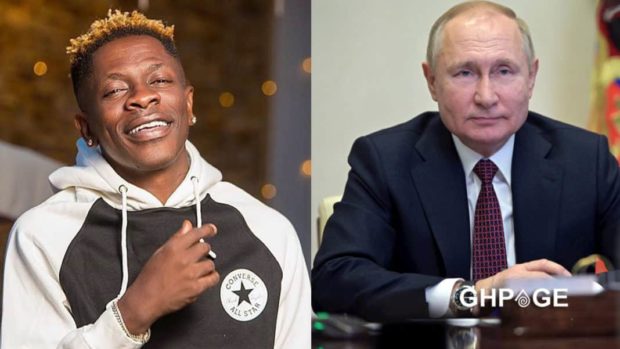 In a Facebook post, the dancehall artiste sought to laud President Putin’s defiance to draconian sanctions from the US, UK and EU amid his invasion of Ukraine nearly a week ago.

Despite calls for peace talks, the Russian President is still advancing with determination to take control over Ukraine, which has a population of 44 million people. There has been intense fighting in the north, east and south of the country for seven days.

Given that MUSIGA and GHAMRO have been underperforming since their inception, Shatta Wale implied in his post that someone like the Russian president is the only one who can make them operate properly again.

He wrote: “I wish Putin was our MUSIGA president and GHAMRO head #StubbornAcademy”

More than 800,000 people have fled Ukraine, the United Nations has said.

Meanwhile, the US says it will ban Russian airlines from its airspace – following the lead of the European Union and Canada.

Major companies such as Apple, Google, Ford and Exxon Mobil have taken steps against Russia over the invasion.