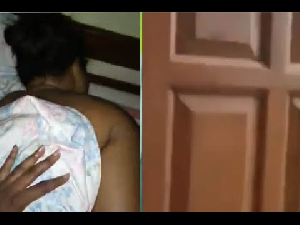 A 40-year-old woman appeared in court Wednesday on allegations of circulating nud3 photos of her sister-in-law.

Trevelyn When Veronica appeared before Harare magistrate Yeukai Dzuda, she was remanded in jail.

She will appear in court again on October 25, awaiting the completion of the investigations.

According to the State, on August 13, Veronica used her phone to photograph her sister-in-law Mirriam Alwan while she was nak3d.

Later that day, Veronica is said to have distributed them to two people.

Mirriam received the images from her aunt on the same day, but she was unable to download them due to a lack of data bundles.

Mirriam also received the same photos from her lover in South Africa.

We cannot drop the images here but we are sure you will find it online as it is fast trending.