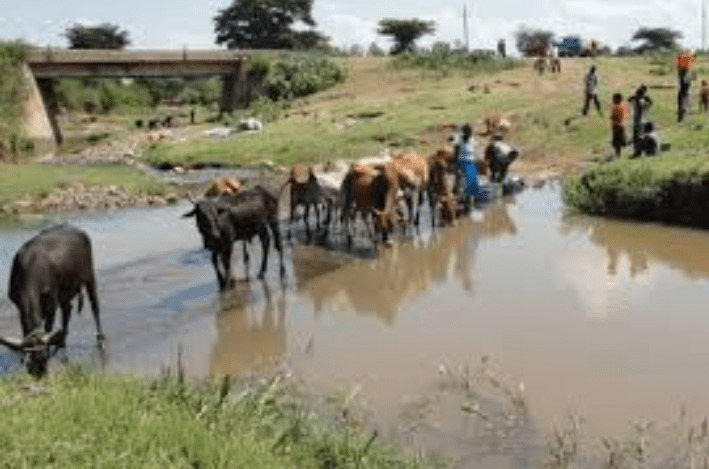 Over 250 residents of Yawmosi and Amanpensa are predominantly a farming community of about 4km from kyekyerewere in the Afigya Kwabre-North District of the Ashanti region.

The river which servers the residents for over decades ago, is shared by both humans and animals, particularly cows.

The bushy road leading to the water body and the footprints of cows left on the river bank tells the woes of users of the water.

Residents told Damak Sanitation Health Watch when visited the community that the situation is having health risks but they don’t have other options because it’s the only source of water in the area and appealed to the District Assembly, the Member of Parliament (MP) for the area and NGOs to come to their aid.

” When the water dries up in the dry season they have to walk for some miles to buy water at Kyekyerewere for domestic use”.

Some people have been admitted to the hospital because of the untreated river water they are drinking…they lamented.
Source: Ghana/otecfmghana.com
Related Topics:AmanpensaANIMALSdrinking waterYawmosi
Up Next